You are here: Home / Beautiful People We Love / Top Social Media Influencers of The Makeup World

For the past 10 years or so social media influencers have helped us form our spending habits, our preferences, even our lifestyle! If you’re curious about who the top influencers are in the beauty world, go ahead and read on.

I don’t know about you but I’ve been glued to Youtube ever since I found out about beauty videos. I could count 10 years maybe and whether I like it or not the personalities I watched online have helped me figure out where to spend my money on. So I thought it would be a nice ode to share with everyone some of the biggest social media influencers in the biz.

I’m going to start this list with Zoe Sugg, the English vlogger better known as Zoella having amassed a massive 11 .8 million subscribers on one of her Youtube channel, with videos showing more than a million views, this eclectic beauty has moved on from her childhood bedroom to a posh 5 bedroom mansion in Brighton England and was named by The Telegraph as Britain’s Most Influential Tweeter in  2013 and to follow through with her success as one of the biggest social media influencers she’s then published two books and has created her own line of beauty products.

Who doesn’t know Michelle Phan? The artsy beauty vlogger we’ve all come to love. Starting out in 2007 sharing beauty and DIY videos, she’s then moved on from being a Youtuber to being an entrepreneur, venturing in different niches like beauty, music production, and talent management. She also has a beauty brand called Em Cosmetics.

The most successful among many Dubai-based social media influencers, Huda Kattan started blogging in 2010 and has now become a top Instagram influencer with almost 21 Million followers on the image sharing platform. She has also created a beauty brand aptly called Huda Beauty that started off as a false lash brand which has a loyal customer in the name of Kim Kardashian. Needless to say, her beauty line is now sold in major beauty outlets and is slowly offering a wider range of beauty products from foundation to eyeshadows.

Another top social media influencer is Shannon Harris better known as Shaaanxo on social media. Starting out as beauty vlogger from New Zealand, and eventually moving on to allegedly having an annual earning of $340,000 on Youtube alone. She has also started her own beauty line called Xo Beauty and a collaboration with BH Cosmetics.

This beautiful vlogger from Netherlands has caught the social media world by storm when her Power of Makeup video went viral. Showing that women who like makeup don’t necessarily like to hide their faces, that they can be comfortable with themselves with and without makeup. She now has 7.2 million followers on Youtube alone and 8 million on Instagram. She has also done collaborations with Too Faced and Ofra Cosmetics.

One of the prettiest faces on Youtube I’d say, with 3.3 million subscribers on her channel, this Cuban beauty has done collaborations with some of the major makeup brands like Colourpop and Ofra Cosmetics. She also launched her own nail polish brand aptly named KL Polish Awesome sauce!

Kandee Johnson is an American professional makeup artist. She is noted for her TV work on VH1 and Conan O’Brien before she started uploading videos on Youtube. Her channel started out as a lifestyle channel mostly vlogging about life and beauty, but she rose to the social media influencers spot with her transformation videos with 3.8 million subscribers to her channel and a Too Faced collaboration this year.

Jeffree Star has been on the social media sphere for quite a while now, starting out as a transgressive musician on the MySpace platform. She became quite popular as an unsigned artist and would reach 25 million plays on her self-released singles. She also delved into fashion design where she started her own fashion line called Beauty Forever but nowadays, she owns a beauty brand with her namesake and owns the Jeffree Star channel on Youtube where she boasts of 4.9 million followers.

Manny Gutierrez is a professional makeup artist who vlogs about beauty and s few crazy shenanigans on Youtube. He has 3 million followers and was named as the first male ambassador for Maybelline Colossal Lash.

Bethany Mota has come a long way from being just a Youtuber with almost 9 million subscribers to becoming a recording artist and appearing on TV shows.

Christen Dominique is a beauty guru on Youtube who started out in 2013. Previously a medical biller, she resigned to work on producing beauty videos on her channel full time. With 2.7 million followers, it seems she made the right choice.

Let me add a video of Pony Makeup to top off the list of top social media influencers, she’s one of the most successful beauty vloggers in Korea and she has also launched her own makeup brand Pony Effect:

It’s amazing what the Internet and social media have done to transform a lot of the many industries that now revolve around it, it definitely has dictated consumerism and trends that it’s created big booming careers for normal people like you and me. My only wish is social responsibility because not everyone has that. 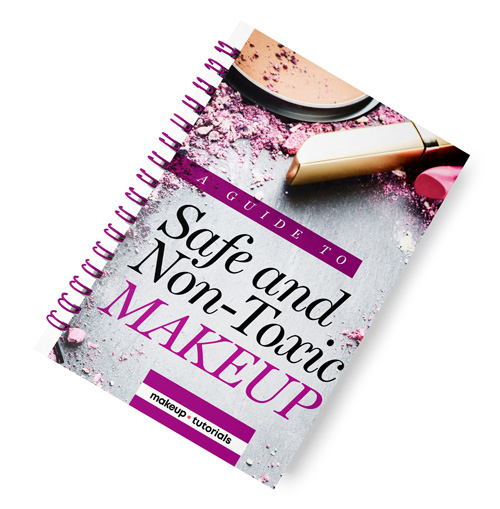