Demi Lovato has been in the news a lot lately, and as we continue to send out positive vibes her way, let’s look back at some of her most stylish hair moments.

One to always keep us guessing with what color she will choose next, I don’t think anyone saw this coming. Demi Lovato went full on blond and we must say it looks pretty good.
|

Demi is no stranger to bright colors and this time she opted for Blue. Not many people can pull off this look, but it’s fair to say that she certainly did.

This middle part with sexy waves has become the singer’s signature style as of late and we must admit it does fit her to a T.

When you’ve tried every hair color on the planet you have to start getting really creative and that’s just what Demi Lovato did with this teal ombre style. She didn’t go all out teal ( she’s done that already) She kept her blond locks at the roots.

Demi Lovato did the big chop, or should we say the shoulder length chop going for a stylish lob (long bob). She also went super dark with her locs then added some honey blond streaks.
|

After the lob, the obvious next step is to go shorter right? Well, that’s exactly what the pop star did as evidence by this super short, textured bob which we love.
|

Okay so I couldn’t come up with a clever caption but the title says it all. The singer went rocker and edgy by shaving one side of her head ( ala Rihanna) and colored the ends of her hair in purple and grey.

Demi Lovato kept it cute and classic with this short brown bob hairstyle that she debuted on social media.
|

Demi went for a darker shade of pink this time around.

The singer has been changing up her hair since she first became popular on the Disney channel many years ago. This throwback look shows a younger Demin rocking red voluminous locks.
|

NO, we don’t mean a pink outfit, we mean pink hair duh
|

The former Disney star has transformed her look over the years, but her most sophisticated and mature look has to be this short slicked-back style that she wore to a red carpet event.
|

Color is one thing, but style is another and the pop-star completely looks like a Hollywood goddess with her auburn hair pinned up in a classic updo.
|

Which one of these styles is your fave? Tell us in the comment section below.

More epic hair moments you might have missed. Check them out below! Done with drugstore and ready for our Dior concealer review? So are we! Dior brings us luxury in a bottle and we’re willing to oblige – and review. I am a fan of drugstore makeup, but I am even more of a fan of brands that overpromise and truly deliver. To find out if this… END_OF_DOCUMENT_TOKEN_TO_BE_REPLACED 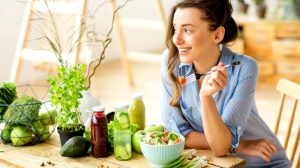 Doing a body detox has been a huge thing these days? We’ve all heard about cleansing or detoxifying but when should we start the process? Is it really effective? Learn more about body detox and the natural ways to do it in this article! By doing a body detox, we recharge, rejuvenate, and renew! RELATED: Skin… END_OF_DOCUMENT_TOKEN_TO_BE_REPLACED 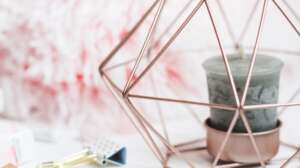 Scented candles are makeup and perfume for your vanity. They add a touch of flair to your station and inject a rousing aroma in the air. Want your own? RELATED: 15 Bath Bomb Recipes That Are Easy To DIY | Makeup Tutorials Easy DIY Scented Candles You Can Make at Home 1. DIY Lavender Scented Candle… END_OF_DOCUMENT_TOKEN_TO_BE_REPLACED The pixie bob haircut is the perfect cut to greet the new season! It’s fresh, chic, and literally cool. But at the same time may be intimidating. Or is it? Continue scrolling for the only style inspirations you need this season! RELATED: 27 Short Hairstyles in 10 Minutes or Less Pixie Bob Haircuts to Freshen up… END_OF_DOCUMENT_TOKEN_TO_BE_REPLACED